Istanbul is the largest city in Turkey with over 15 million people and straddles Europe and Asia across the Bosphorus Strait. Famous for its culture, scenery, amazing structures, and rich history, Istanbul has more top attractions than many cities in Europe.

Once an imperial mosque and now a museum, the Hagia Sophia is as much a stunning architectural accomplishment as it is an important religious, cultural, and historical symbol for Istanbul.

The Hagia Sophia was built in AD537 and is located at one end of an expansive, lovely park filled with benches and palm trees, and it is from this park that one is able to view both the Hagia Sophia and the Blue Mosque.

A unique opportunity would be to stand in the park when the two engage in echoing prayer which projects from their impressively tall minarets. If you’ve never heard the prayer, sung beautifully five times daily, you’re in for a special treat!

This mosque is known as the Blue Mosque because of the blue tiles which line the walls of the interior. Constructed between 1609 and 1616,  it now attracts up to five million visitors a year and is listed as a UNESCO World Heritage Site.

Unlike the Hagia Sophia, this mosque is a functioning one, so be aware if you are solely visiting, that it will be closed to non-worshipers for about half an hour at each of the five daily prayer times.

This mosque is as enchanting on the outside as it is from within. Take time to admire its detail, best observed if you enter from the Hippodrome (west).

If you are a non-Muslim visitor wishing to tour the inside of the mosque, remember that to be respectful one must remove shoes, women require head coverings to hide their hair, and clothes should be a more conservative length.

Once you’ve followed these steps, you’re free to be swept away by the loveliness of the Blue Mosque!

The fact that this palace was home to the sultans of the Ottoman Empire for about 400 years should be reason enough to visit this palace so significant to Turkish history. Constructed in 1460, this large museum is located in the east of the Faith district of Istanbul.

There are plenty of courtyards, smaller buildings, rooms and chambers to explore which at certain times in the past were home to over 4,000 people.

The palace was transformed into a museum by the government in 1923 but is still a fantastic architectural specimen that houses many collections of Turkish weapons, shields, robes, and porcelain. 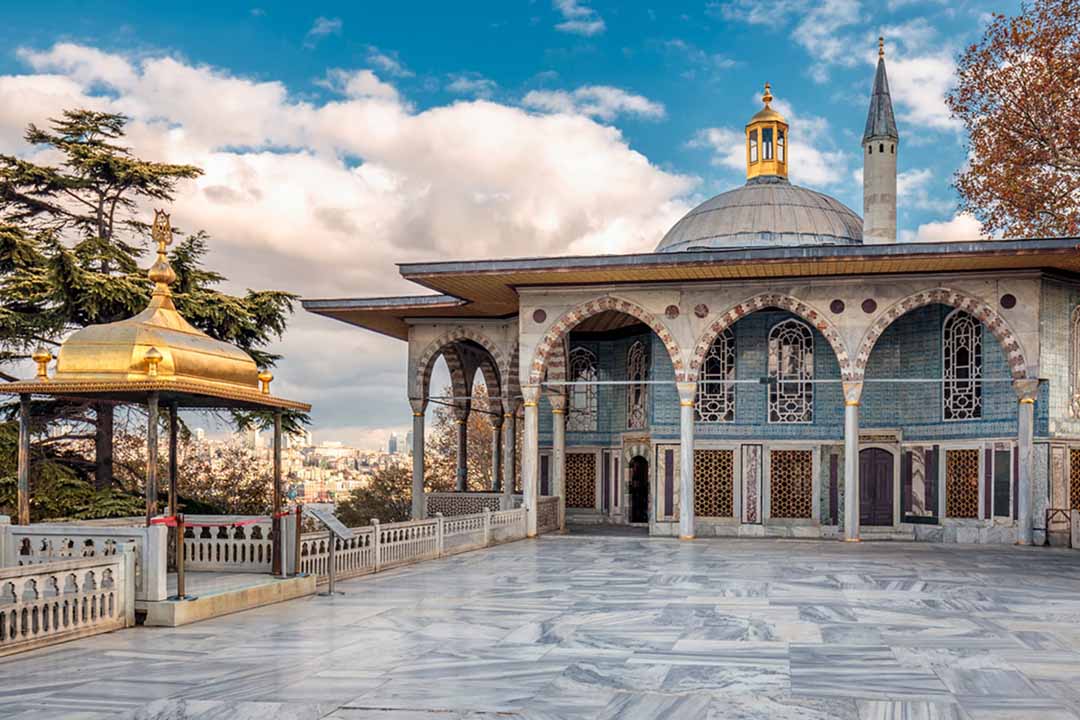 Who wouldn’t love perusing and exploring the secrets of vast, old markets in such romantic, historical cities like Istanbul? Do yourself a favour and see the magic that the Grand Bazaar has to offer in being one of the oldest and largest covered markets in the world. From carpets, golden bracelets, and jewellery to furniture, clothing and leather goods, the market has plenty to see and barter for. It’s an absolute must if you’d like to witness the place where at a time there existed no other place of its kind in the Western world for trade and vendors. This is a fascinating and thrilling complex, and definitely worth an afternoon of investigation and marvelling.

There are hundreds of ancient cisterns that lie beneath the city of Istanbul, and of these, the Basilica Cistern is the largest. 52 stone steps lead down into the entrance of the cistern, where it boasts 336 marble columns that support its ceiling, a series of crisscrossing vaults and high arches. This cistern is an extraordinary thing of historical beauty to witness; it will not disappoint.

Seated grandly atop Third Hill, the Suleymaniye Mosque is the largest mosque in Istanbul and for this sought out by locals and Turkish alike. The mosque’s construction began and ended in the mid-1500s, ordered by Sultan Suleyman. Because the mosque was established by a sultan, it has the privilege of having four minarets, as the Blue Mosque and Hagia Sophia also do. The complex and mosque in their entirety certainly have an air of grandeur to them, as the exterior hosts a splendid courtyard filled with columns and gardens. 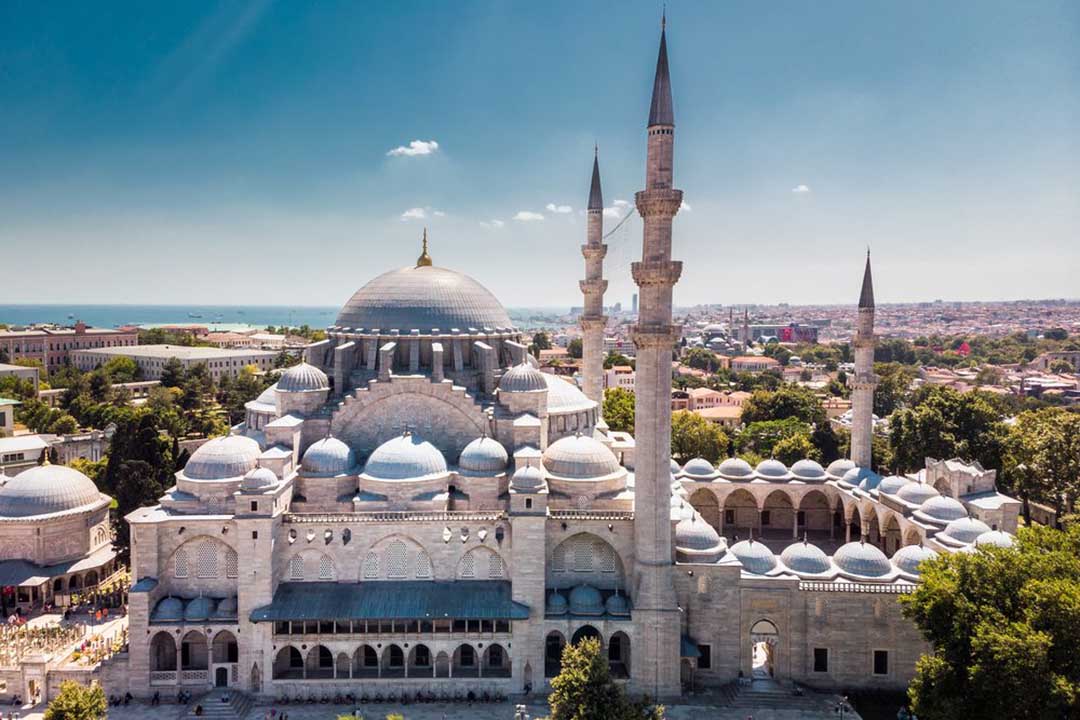 A trip to a city like Istanbul wouldn’t be complete if you weren’t learning. The Istanbul Archaeological Museum has your back, being in actuality a group of three museums organized thematically. The Istanbul Archaeological Museum is one of the three, specializing obviously in archaeology; the second is the Museum of the Ancient Orient; the third is the Museum of Islamic Art. All three have a convenient location in a popular area, near Topkapi Palace. The collection is a comprehensive one, comprised of objects that cover nearly all of the civilizations and historical periods of the entire world.

The building of this palace from 1843 to 1856 was ordered by Sultan Abdulmecid I and was the administrative centre of the Ottoman Empire from the year it was finished until 1922. Dolmabahce Palace has a beautiful location along the Bosphorus Strait and is a great way to learn more about more modern Turkish history.

Chora Church gives us an excellent idea of what a Byzantine Church looked like. It’s a fantastically preserved and beautiful example of the Byzantine style. The Ottoman Empire changed the church to a mosque in the 16th century, and that mosque is now a museum. The internal decoration has been well preserved so one of the main draws is the ability to see these mosaics that are still intact.