Brussels is a beautiful city. The tiny city is located right in the middle of historic Belgium and it is one of the most visited cities in Europe. Of course, it also helps that the city has experienced major historic, cultural, civil upheavals during a century of history. Tourists visiting the city are treated to a mix of unique architecture, history, food and culture. In fact, a quick walk about the city is more than enough to stun the most jaded of travellers. However, apart from local attractions, these few places we’ve listed below are personal favourites and they signify the spirit of what is Brussels. 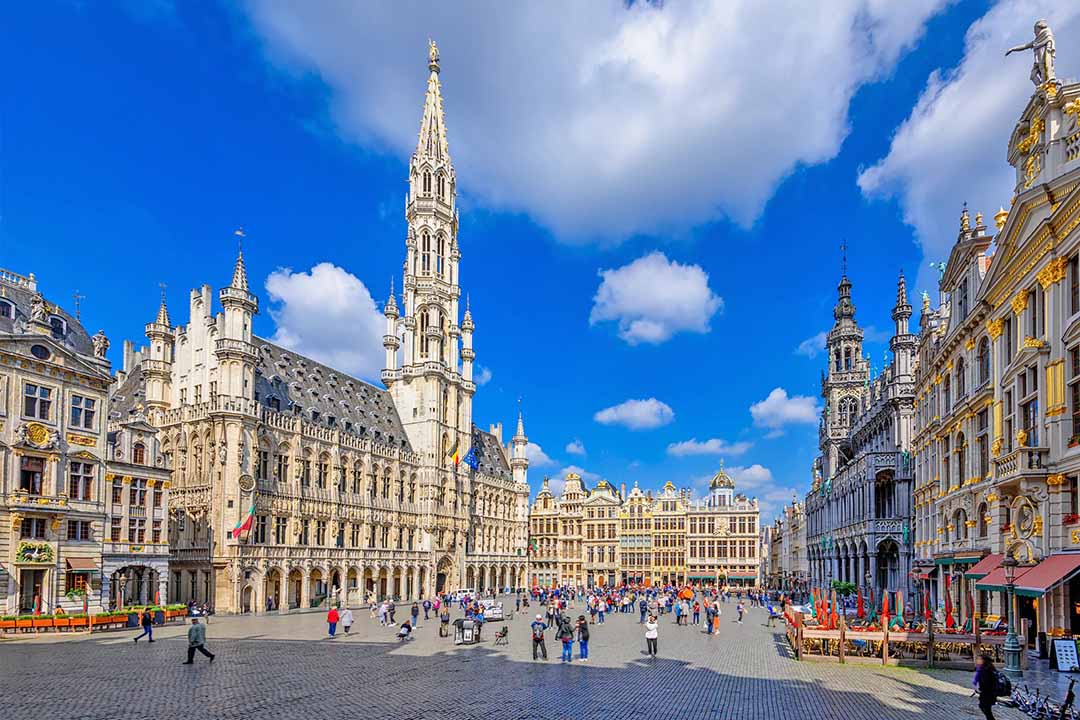 You can start by visiting the Town Hall of Brussels. The historic building has been captured countless times in films and media and almost everyone may recognize the beautiful building. The facade of the building is decorated with nobles, saints, and fantastical figures of legend. On the interior, the building has been renovated and replenished with antique sculptures, tapestries and paintings from the relevant historical periods. The Brabant-Gothic style building is also listed as a UNESCO World Heritage Site but the entire area is filled with heritage buildings that copy the same style but exhibit unique structures that are a must-see.

There is something just so, so adorable about the Manneken-Pis or the peeing toddler perched on top of the junction of Rue de l’Étuve/Stoofstraat and Rue du Chêne/Eikstraat. The adorable statue was made and set up in 1619 by the legendary sculptor Hieronimus Duquesnoy. Although no one knows what inspired the sculptor to create the tiny sculpture, the Manneken-Pis has quickly become one of the most well-known landmarks in Brussels.

One of the hilarious aspects of the statue is that it is dressed up in costumes that change three to five times a week. This tradition has been followed since the beginning of the 20th century and the statue now has several hundred costumes in its wardrobe.

The statue also has a female counterpart called the Jeanneke Pis that is located on the east end of the Impasse de la Fidélité/Getrouwheidsgang and a pet dog caught in the same act and located at Halles Saint Géry.

Almost every building in Brussels is impressive but St. Michael and St. Gudula Cathedral is a shining example of Gothic architecture. The interior is characterized by statues of the 13 apostles, an impressive Baroque pulpit, a huge organ, and beautiful stained glass windows. The cathedral is dedicated to Saint Michael and Saint Gudula, the patron saints of the City of Brussels.

The Cathedral is built of stone but it personifies the beautiful architecture seen all over the city. If you like churches, the Cathedral is a must-see. 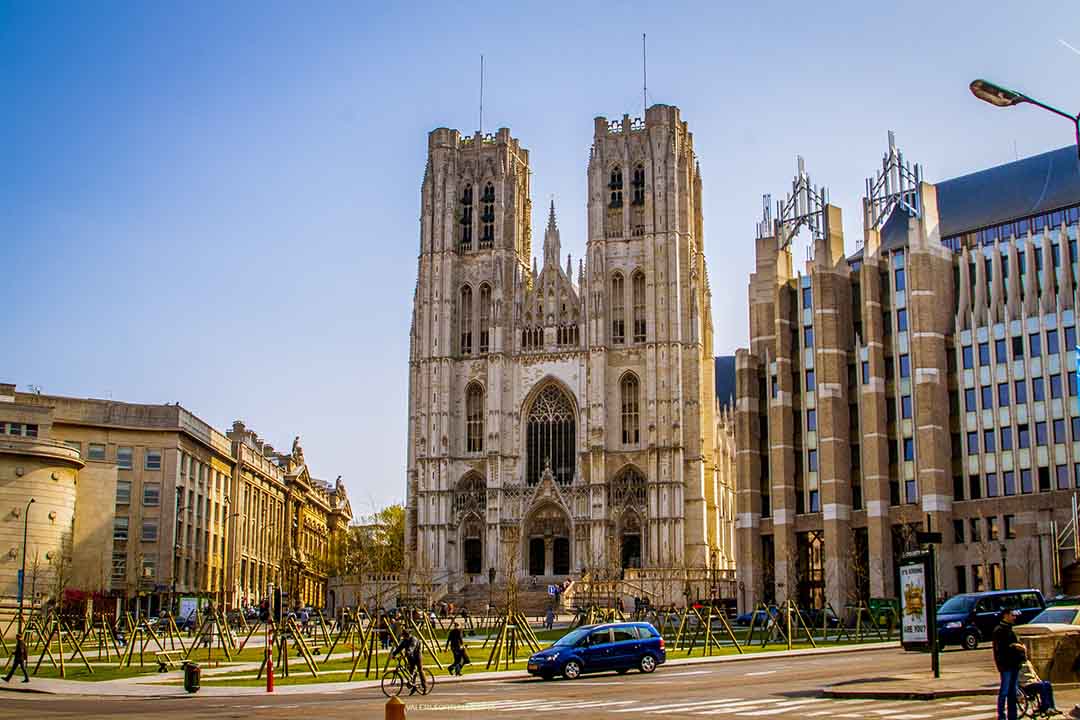 Historic architecture is not the only thing offered by Brussels. The city has wonderful tourist attractions like Mini-Europe, located in Bruparck, that are perfect for families.

The miniature park is located at the foot of the Atomium in Brussels. It displays reproductions of monuments in the European Union and it has more than 80 cities with 350 buildings from all over Europe. The park gets more than 350,000 visitors every year and it has stunning miniature action models like trains, mills, cars, and even cable cars. The miniature gardens consisting of cover plants, bonsai trees and grafted trees are a must-see as well.

A guide is available to show you hidden attractions but you will easily require two to three days to enjoy the entire display.

The Brussels Royal Palace is one of the most beautiful buildings in the city. However, it is not the official residence of the royalty. At present, the king and queen reside in the Royal Palace of Laeken. The palace has an impressive collection of artwork, sculpture, fine crystal, porcelain, linen, tapestries, and other antiques from all over the world. It is also the official location for state banquets and formal occasions for visiting state heads.

The Horta Museum showcases the work of legendary Art Nouveau architect Victor Horta. The UNESCO World Heritage Site houses a permanent collection of furniture, art objects, paintings, photographs and utensils created by Horta and his contemporaries. The building is nothing great to look at but it is an Art Nouveau jewel on the inside with tangles and swirls of colour and shade incorporated into the interior. Stunning floor mosaics, swirling stained glass windows, and colourful ceramic brick interiors combined with rich American Ash period furniture. The beautiful copper and brass shaded interiors are a great way to get acquainted with the designer and his signature style.

The Atomium was originally constructed for the 1958 Brussels’ World Fair. Although the building is beautiful, it has often has been called Europe’s most bizarre building. The name ‘Atomium’ comes from the building’s design that is supposed to mimic the unit cell structure of an iron crystal. The building has a restaurant on the top but the remaining spheres of the unique building house exhibition spaces. The building is also adjacent to Mini-Europe and De Laeken Park and both places are a must-visit. 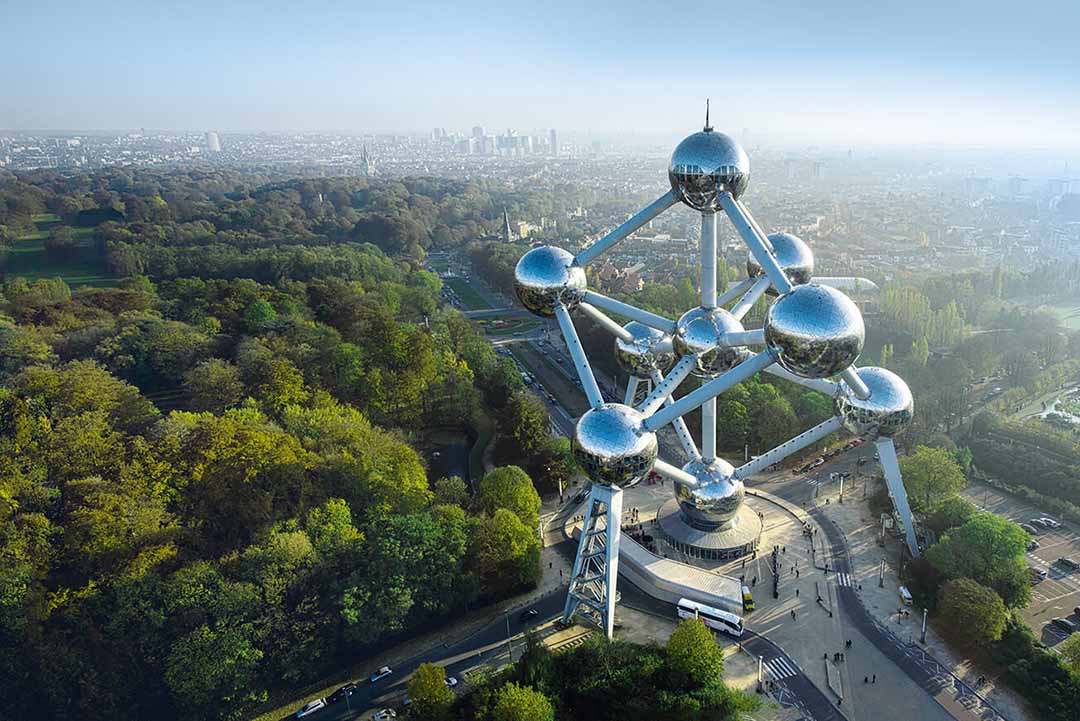 Royal Museum of the Armed Forces and of Military History

If you are a fan of military history, you should consider a visit to Brussel’s legendary Royal Museum of the Armed Forces and of Military History. As the name suggests, the museum catalogues Belgium’s military history with a collection of more than 2000 pieces from public collections and private donations. The collection is housed in a building designed by Belgian architect Gédéon Bordiau in 1875. Now, the museum has also been expanded to include an Aviation Museum.

Nothing compares to the sheer variety of musical instruments available in the MIM – Musical Instruments Museum. At last count, the museum had more than 8000 instruments on display and many more were being added daily. Visitors are given infrared headphones that play musical extracts as they walk through the displays. The building housing the collection is truly beautiful as well. The girded steel and glass building was built in the Art Nouveau style by designer Barnabe Guimard and it is a perfect setting for the museum.

It’s tough to think of a court as a tourist attraction but the Palace of Justice (Palais de Justice) manages to do just that and much, much more. The stunning building showcases the eclectic style of popular architect Joseph Poelaert. The concept for the building was originally set forward by Leopold I in 1860 and several designs were rejected before Poelaert was commissioned to come up with a stunning concept. The architect did not disappoint and he was appointed as the official architect for the building. The surprising fact is that the Palace of Justice is huge and bigger than St Peter’s Basilica in Rome with more than eight courtyards, 27 courtrooms, 245 small rooms, and many other rooms as well.