London is more than simply England’s capital – it’s one of the world’s leading cities and centres of culture, politics, entertainment, finance, fashion and more.

For tourists, there is a huge range of attractions to enjoy, many of which can be negotiated at special prices or even free, for those travelling on a budget. This is a wise approach too, as the city is notoriously expensive. It’s well worth signing up for a tourist attractions saver card or tour bus card, both of which tend to offer additional savings on the main attractions. 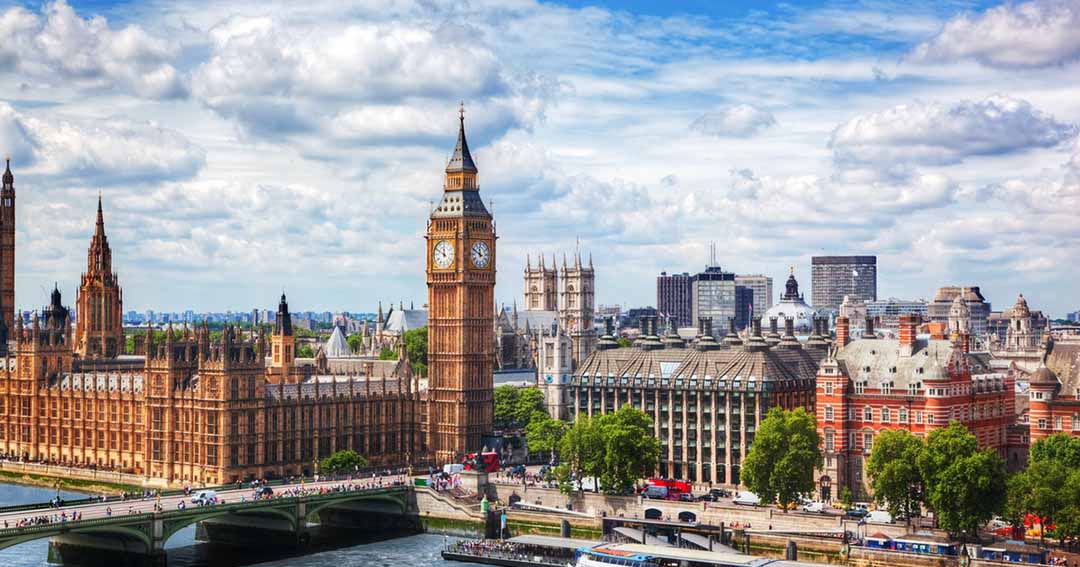 Perhaps there is nothing as iconic as Big Ben when it comes to popular London landmarks. The name “Big Ben” is actually the name of the bell rather than the clock tower, although the name is often used for the clock and the clock tower. The tower was originally named the Clock Tower but was renamed Elizabeth Tower in 2012.

While you are here make sure to take a  photo with this massive clock tower in the background and take a delightful tour of the Houses of Parliament. Be sure to visit Big Ben at night because it looks even more amazing when all four clock faces light up.

Known as the most famous bridge in the world, London’s Tower Bridge is truly a breathtaking sight to behold.

Built between 1886 and 1894, this Grade I listed bascule and suspension bridge is undoubtedly one of London’s most famous landmarks.

Your visit to the Tower Bridge Exhibition is the best way to learn more about this iconic structure. The tour starts with an animated video about the bridge’s history then you will be taken into the high-level walkways where you can admire gorgeous panoramic views of the entire city of London. 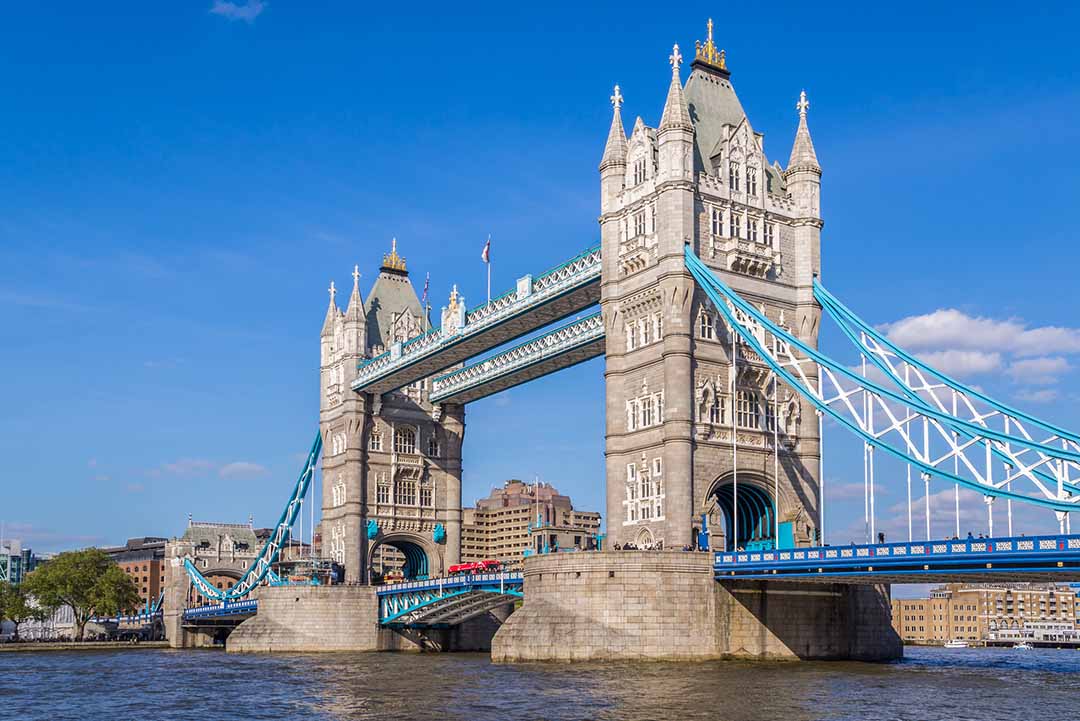 The London Eye is the world’s largest cantilevered observation wheel, gracefully standing over the River Thames at 135 meters (443ft). Over 3 million visitors a year visit the attraction and take a ride in one of the 32 capsules.

Take a ride on the London Eye River cruise for 360-degree views of the city from a different view. Each capsule has a Samsung Tablet to help you locate all of the key landmarks during the ride.

Book a Private Capsule to enjoy the most scintillating view of London’s skyline while you enjoy a lovely dinner with your loved one.

Founded in 1753, the British Museum is known as the world’s first national public museum. Around 6 million people from all over the world visit this grand museum every year. Explore the museum’s exquisite collections that will take you through different periods in time and through different cultures from all over the world. From the Viking’s exhibit to the Gems of Chinese Painting, the British Museum will fascinate you to no end. While you are here, you might also want to check out the museum’s art workshops for kids and adults.

A visit to London would not be complete without touring the city’s most iconic landmark, the Buckingham Palace. This place serves as the office and the residence of Her Majesty, The Queen. While you are here, you can take a guided tour of the palace’s 19 staterooms where you will see impressive treasures from the Royal collection. Also make sure to time your visit well so you can watch the Changing of the Guards, which happens at precisely 11:30 in the morning.

The beauty and the splendour of St. Paul’s Cathedral’s interiors will immediately take your breath away. Once you are inside, you can explore and discover more about the cathedral’s history. Have fun with the unique acoustics at the Whispering Gallery then climb all the way up to the Golden Gallery where you can take pictures of the loveliest panoramic views of the city. Make sure to climb back down all the way to The Crypt where some of the country’s most iconic heroes lie. 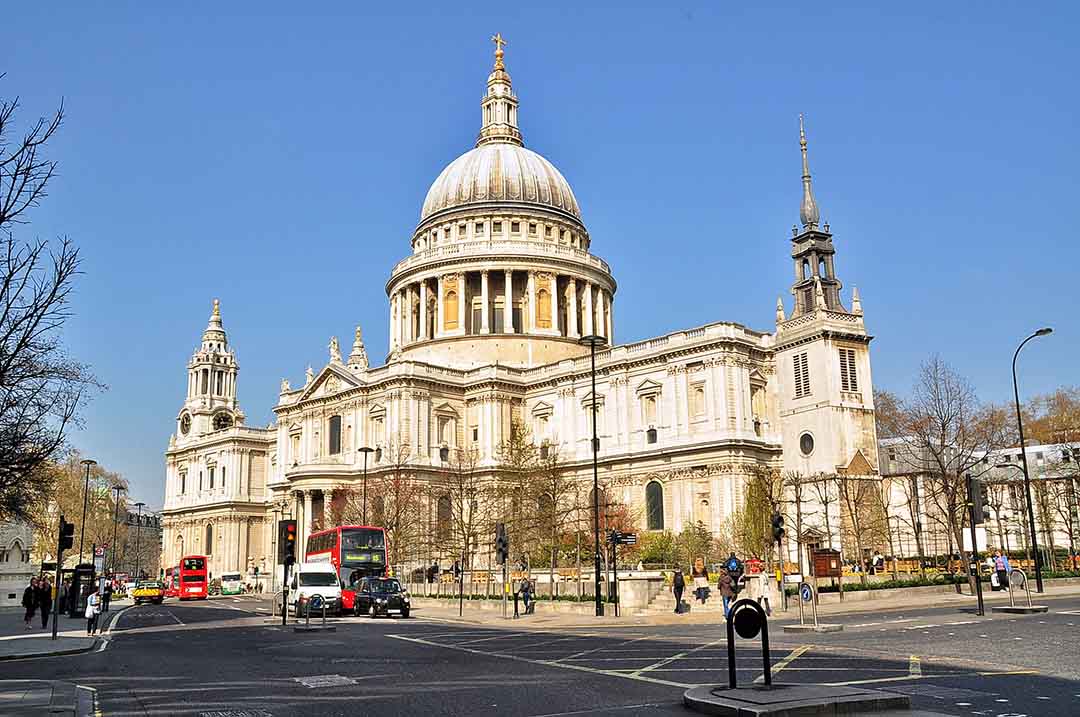 Founded in 1066, the Tower of London is an imposing fortress with many fascinating layers of history. If you yearn to learn more about the city’s history, a visit to the Tower would be perfect for you. Take the entire family to see the Queen’s Crown Jewels and the rooms of Edward I. Be entertained by the Yeoman Warders with their tales of intrigue, execution and torture and spot some of the fascinating ravens that roam the area.

This 700-year old building is a true testament to British history. During your visit to Westminster Abbey, join a Verger-led tour, which is designed to help you make the most out of your visit. You will be taken to the highlights of the abbey such as the High Altar, the Shrine of St. Edward the Confessor, and St. Catherine’s Chapel Garden. You can also time your visit to participate in any of their daily worship and special services.

The National Gallery is one of the world’s most-visited museums. It is home to the national collection of paintings in the Western European tradition from the 13th all throughout the 19th century. With over 2,500 paintings, you will be astonished and amazed by everything that the museum has to offer. Let your children participate in drawing and painting workshops and join the Family Walk and Talk tour to learn more about the museum’s most popular collections. 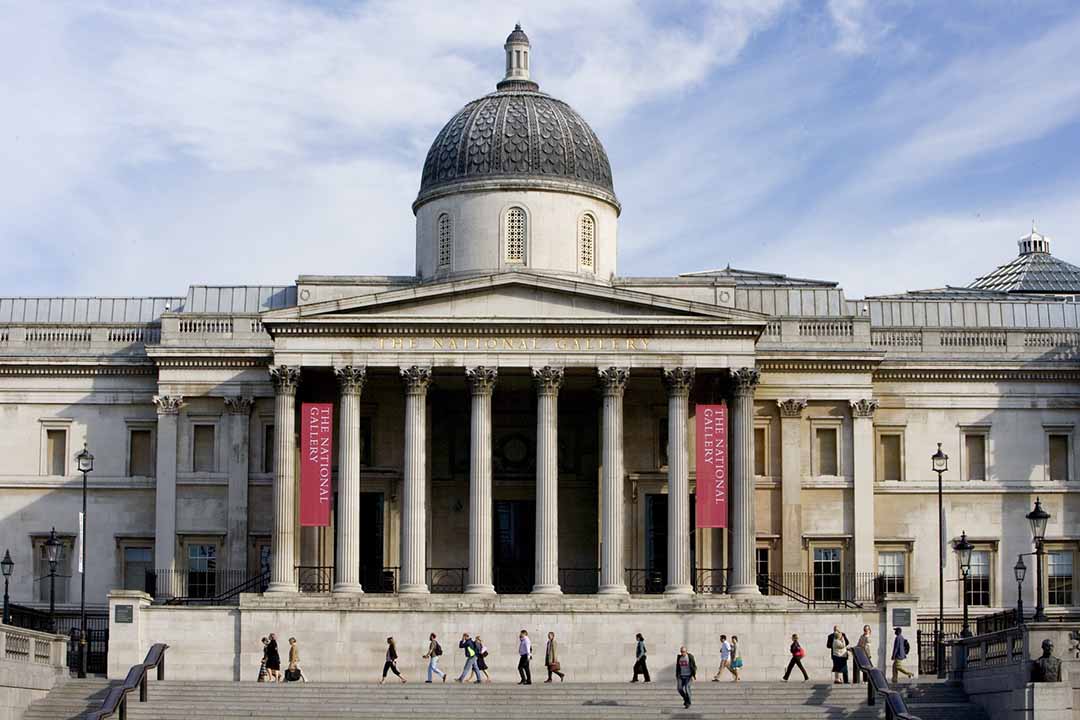