Athens, the capital and largest city of Greece, is one of the world’s oldest cities. Dominated by its 5th century BC landmarks such as the Acropolis, the city is marked by Roman, Ottoman, and Byzantine civilisations, and is today the cultural centre of modern Greece. 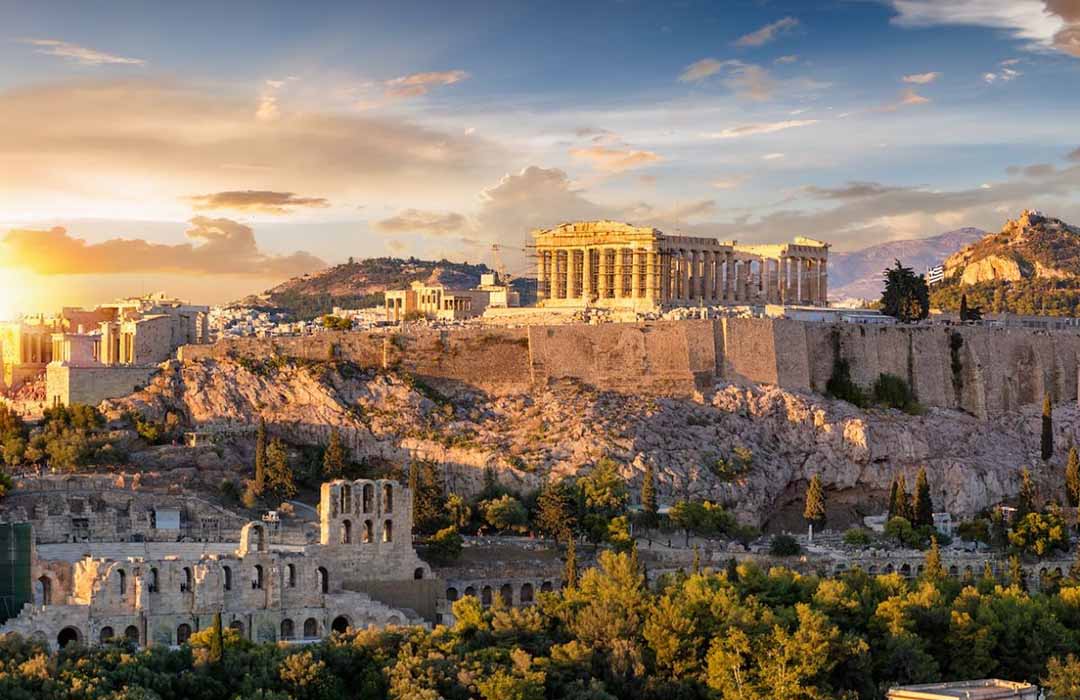 An ancient citadel located on a limestone hill above the city, the Acropolis of Athens is an ancient citadel built during the second half of the 5th century. The Acropolis was built to honour the city’s patron goddess, Athena, and is the most complete surviving ancient Greek monumental complex.

The best time to visit is at opening time, and when you reach the top don’t forget to take a photo of the city below!

This is the most famous temple in the Acropolis. It was dedicated to the Greek goddess, Athena, a deity that the people of Athens revered as something akin to a saint. Her importance to the culture and religion is reflected in the detail and mightiness of the Parthenon temple. The building itself as well as the sculptures around it are considered some of the highest art in Greece.

Also known as Lykavittos, Lykabettos, or Lycabettos, the summit is 277 meters above sea level and the highest point in Central Athens. Take the funicular train (Google Map Location) up to the top which is a 5 minute journey, or attempt the beautiful walk which will take around 20 minutes. Whichever route you take, the views at the top are worth it!

When you reach the top, other than the 360-degree view observation deck, there’s also a restaurant to grab something to eat and a drink, as well as the small white church of Saint George. 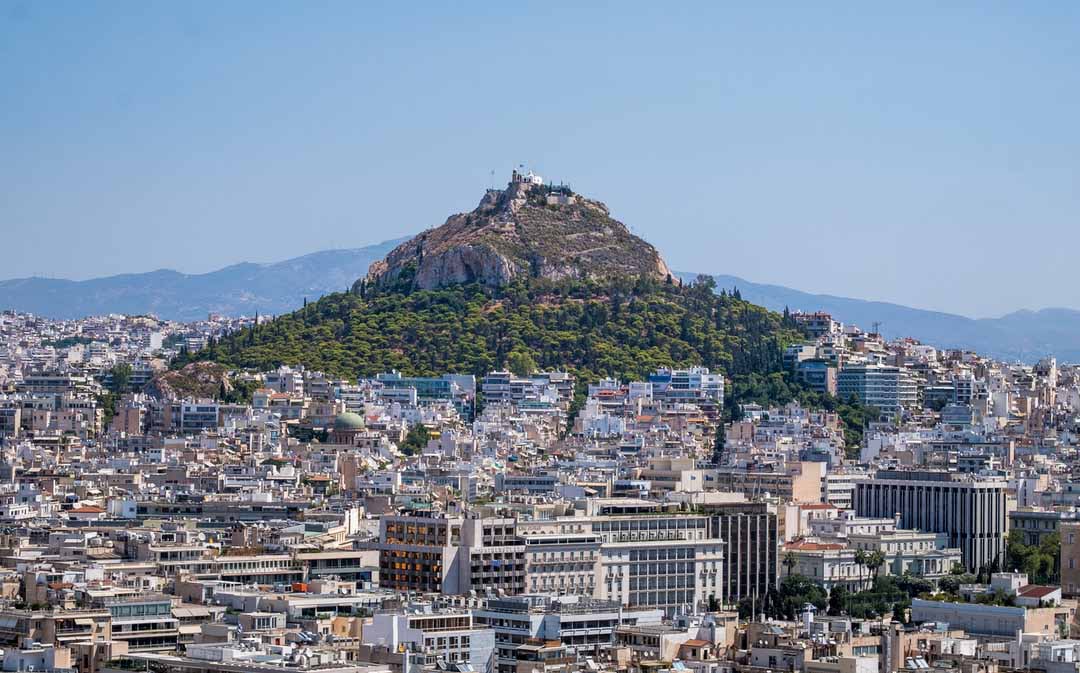 The museum is considered one of the greatest museums in the world and contains some of the most important artefacts from a variety of archaeological locations around Greece.

With over 20,000 exhibits, this is definitely a museum to visit whilst in Athens.

The Ancient Agora of Athens

The Agora was once where the citizens gathered to talk about the events of the day, politics, legal matters, philosophy, and religion. It would serve the same purpose as the Town Hall would in later years.

Visited by many tourists today, it still has a similar function where people gather to admire the history of the area.

The square is the very heart of Athens, located in front of the Old Royal Palace and housing the Greek Parliament. Every day and every hour watch the Changing of the Guard, or Evzones, who guard the Unknown Soldier’s Tomb. The square is always full of people wandering around, enjoying the square’s stands, watching festivals, or discovering the entertainment. At the top of the square is Ermou Street, one of the city’s main shopping streets.

Whilst you’re in the area of Syntagma Square, head over to the National Garden of Athens. This impressive public park is 15.5 hectares in the centre of the capital, full of birds, flowers, ponds, and fountains.

Take a walk through the park and discover the Greek culture and history of the once Royal Garden, created by the first queen of Greece, Queen Amalia, in 1838. 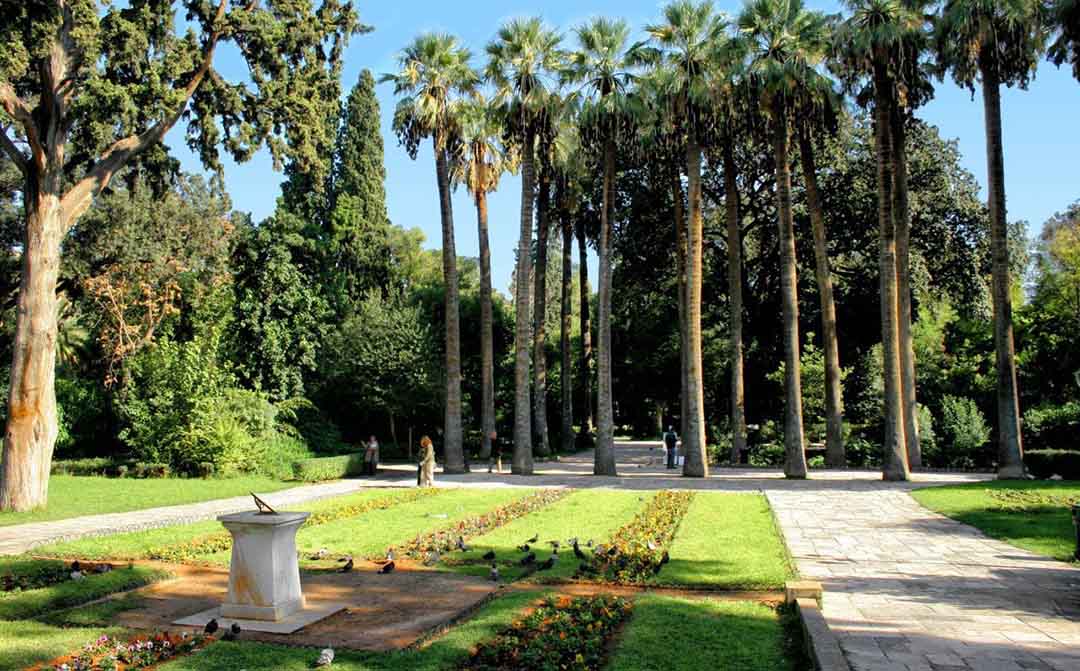 This former temple was built to honour the Chief of the Gods, Olympian Zeus. Located south-east of the Acropolis, it was completed around 2 AD and was the largest temple in Greece.

You won’t be able to miss the template as you walk around the downtown area of the city, or the southwest part of the National Garden.

With narrow cobbled streets, shops, restaurants, and family-run tavernas, The Plaka is the oldest neighbourhood in Athens. At the foothill of the Acropolis, Plaka is known as the Neighbourhood of the Gods.

Even though it’s closed to traffic and you can freely walk around and eat authentic Greek food at one of the many restaurants, but watch out for the occasional motorcycle speeding by!

This museum focuses on the findings and artefacts of the archaeological site of the Acropolis. Thanks to the many excavations over the years, there’s plenty to be learned about the Greek and Athenian history which we know about today.

Housing more than 4,000 artefacts and being devoted to the Parthenon and the surrounding areas, step into the history of the Acropolis and discover some of the most important Greek histories in the country.

The Panathenaic Stadium was host to the first-ever modern Olympic games in 1896 when it was restored, originally being built in the 4th century BC, and is the only stadium built entirely of marble.

The stadium has seating for 70,000 spectators, but the morning joggers who use the track every morning from 7:30am probably won’t see many seats filled!

Take a visit to the stadium to see the classical architecture and imagine the sounds of the crowds from the past. 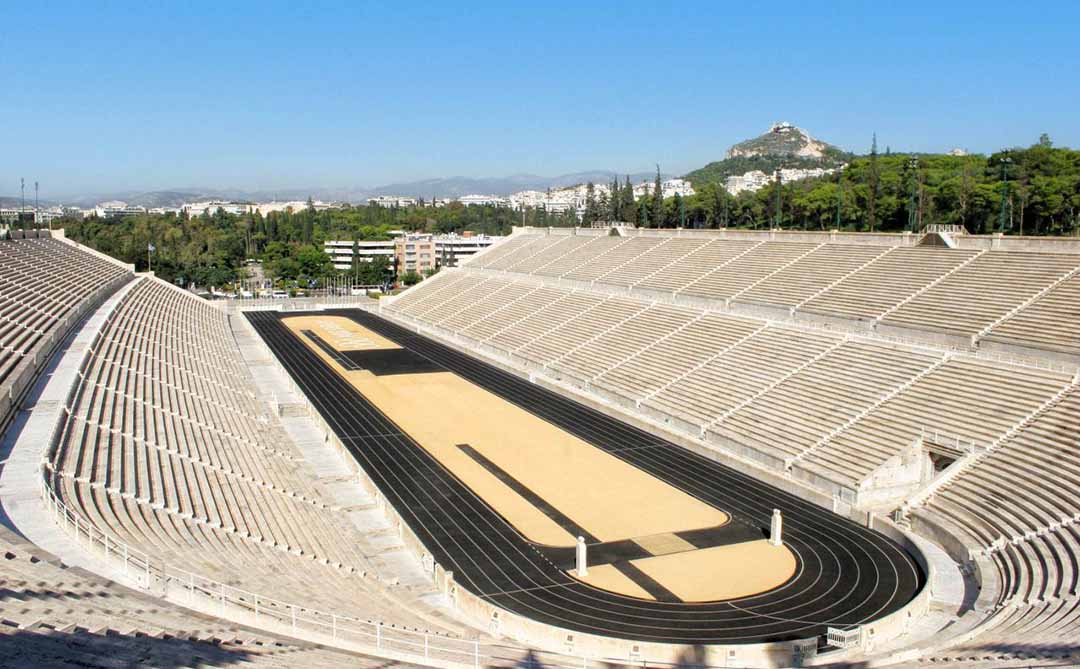