Lisbon is one of the most vibrant and charming cities in Europe and Portugal’s coastal capital city is bursting with culture and fantastic places to stay, eat, and party. Lisbon is the second oldest capital city in Europe, after Athens, meaning it’s also steeped in history. 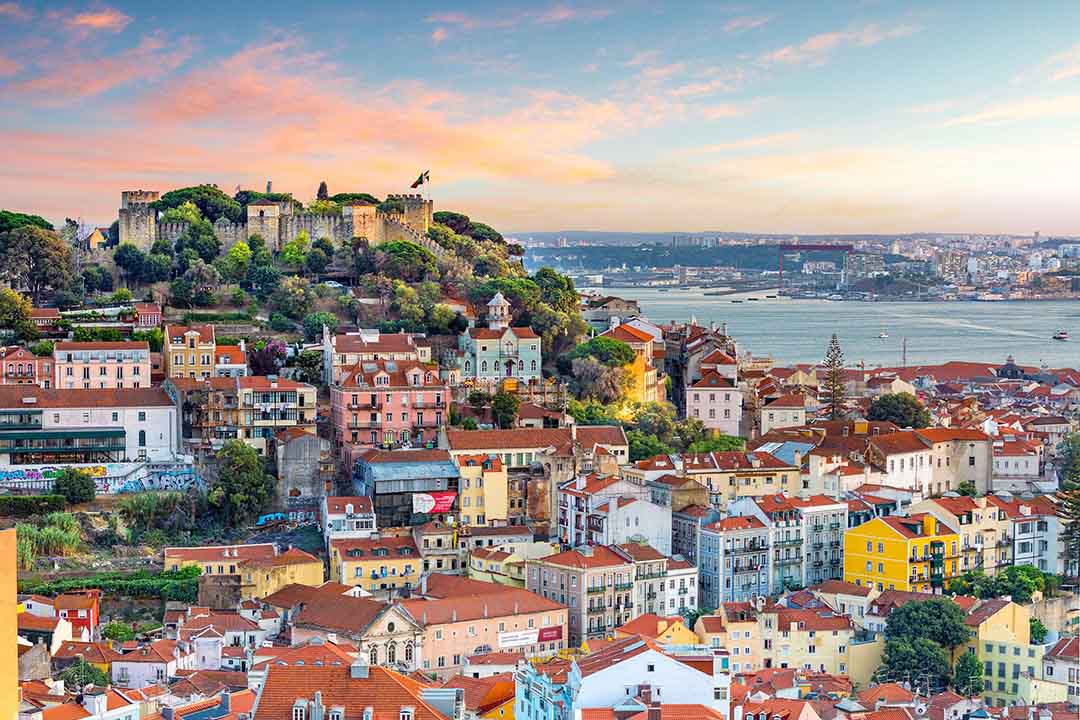 After Vasco de Gama’s return from his voyage to India, King Manuel’s wish to honour his success in the form of a monastery was granted and construction began in 1501, near the Tagus river in the parish of Belém, in the Lisbon Municipality of Portugal.

This monastery is a great example of a uniquely Portuguese architecture called Manueline, which is a combination of Gothic, early Renaissance, and Moorish styles. The south portal, with its pillars and statues, is especially breathtaking!

UNESCO World Heritage sites usually live up to their hype, and the Torre de Belem, officially the Tower of Saint Vincent, is no different. A 16th-century fortification, it sits proudly on the bank of the Tagus River in Lisbon and is a grand example of the Portuguese Manueline architectural style.

It was originally one of a few quarter façade fortresses that were originally built by King John II as a defence for the mouth of the Tagus River.

The Lisbon Cathedral, often called Sé de Lisboa, is the oldest and most important church in the city. Dating back to 1147, it survived battles and the devastating earthquake in 1755.

The Se Cathedral supposedly was a mosque at one time until the crusaders took the city and turned it into a church. This is only an urban legend in Portugal, but it adds mystique to your visit in knowing it.

It’s a formidable-looking cathedral that is more comparable to a castle than a church with its battlemented bell towers and reinforced walls. The treasury within is quite the treat to see, with its art, icons and relics to appreciate. 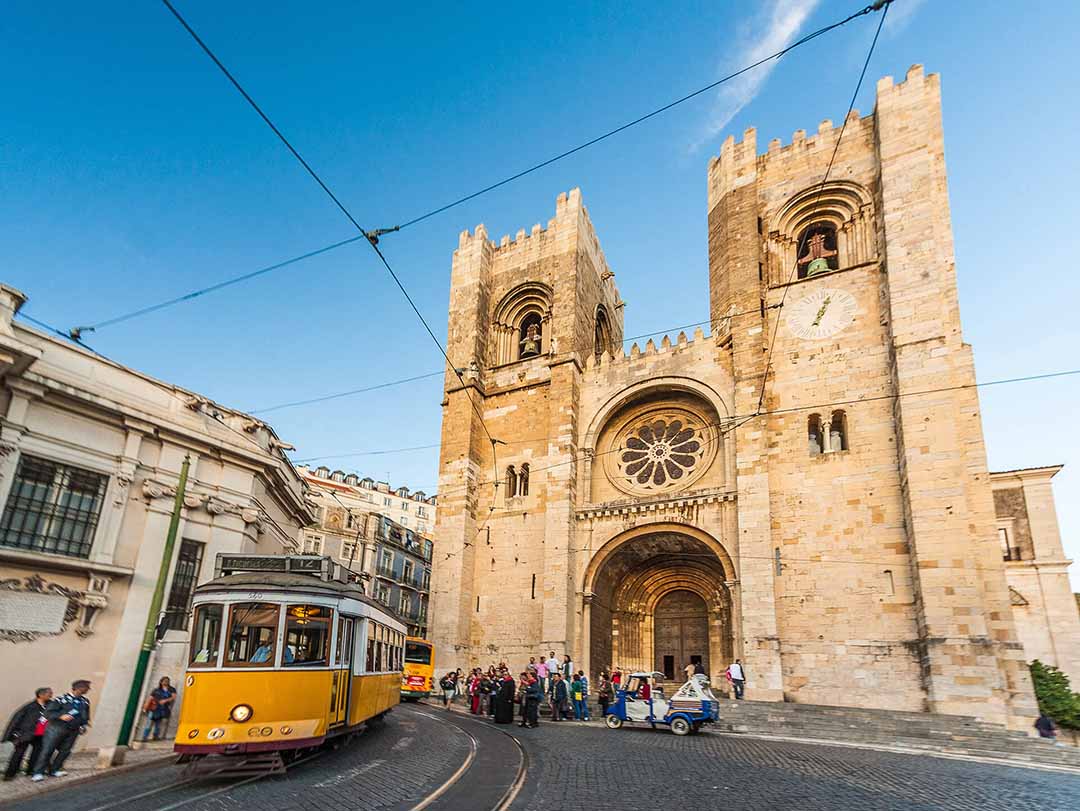 High above Lisbon, offering a great view of the historic part of town as well as the Tagus River sits the Castle of São Jorge. The castle is dated around Portugal’s medieval period and is a citadel that is heavily fortified. Its appearance and location are just two of the reasons it remains a popular tourist attraction in the city.

A tour of this museum is incredibly enjoyable, thanks in part to the excellent organization of the place. The galleries are divided into two main sections called “circuits.” The first emphasizes Oriental and Classical art, which includes Persian, Egyptian and Greco-Roman, as well as Islamic, Far Eastern and Armenian examples. The second section highlights European art, including English paintings and other pieces of artwork from France, Italy, Flanders and Holland. Displays include everything from paintings, sculptures and ivory works to manuscript books and various decorative arts.

Every day from 7:00 am to 11:00 pm the Elevador de Santa Justa, also called Carmo Lift, transports visitors from the Baixa district up to the ruins of the Igreja do Carmo church. It presents a pain-free alternative for tourists and locals looking to avoid the rough trek up Carmo hill to the ruins. This is a fun (and easier) way to start your journey to the church.

In the middle of the busy downtown cafes and shops is Rossio Square, a different scene from the relaxing atmosphere of Palace Square on the ocean. Here is all the liveliness and flavour you’ve been craving, and all in one spot. Pedestrians and vehicles alike circle the square at all times of the day, making it seem as if the area never stops moving and working. It’s a fantastic place to go to experience the heart of the city with all five of your senses! 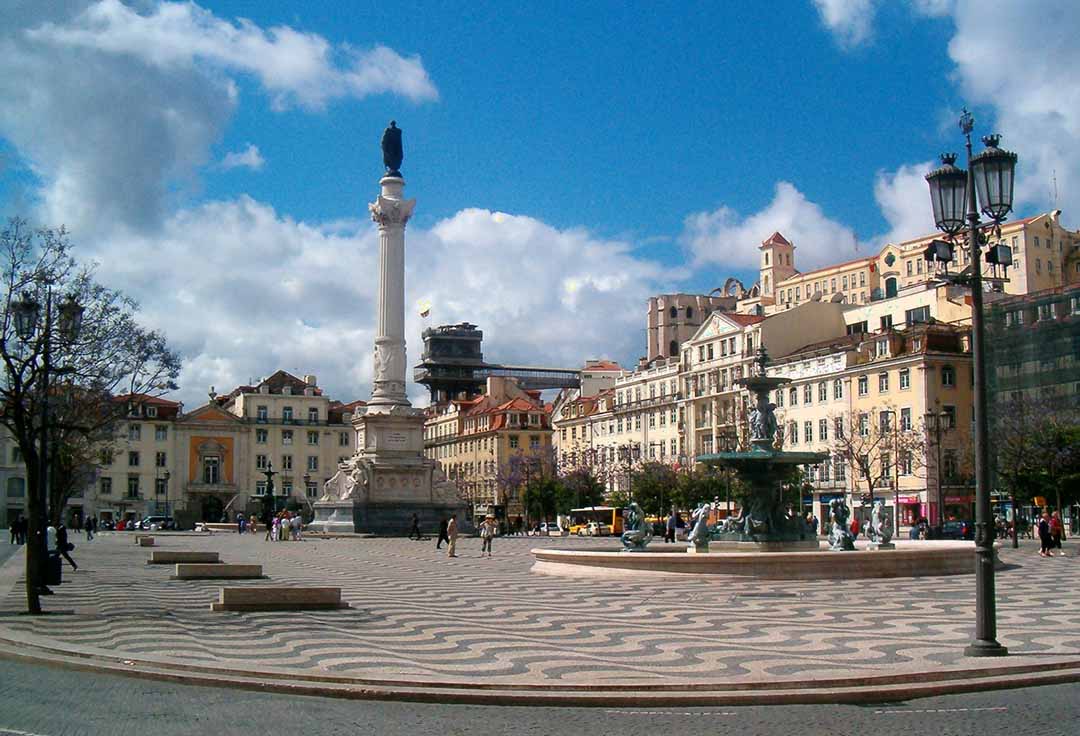 Public squares historically provide cities with entertainment, and the Praca do Comercio, or Commerce Square, is no different. Its past and present are filled with festivals, concerts, processions, and even executions! This square was also the place where Luis Filipe and King Carlos were assassinated. A stunning seated equestrian statue of King Jose I watches over the lovely buildings from the centre of the square. It’s worth a visit to Palace Square to admire the architecture and people-watch for an afternoon in the sun.

The pieces of artwork and collections in the National Museum of Ancient Art date from the Middle Ages all the way up to the 19th century. Many focus on Portuguese art history, so a visit here is a great way to learn all about Portugal’s best paintings, sculptures and metalwork. The museum can be found on the city’s “Green Windows Street,” and the building itself was once the former palace of the Count of Alvor.

The Monument to the Discoveries has a prime location right on the Tagus River estuary, so the beautiful scenery around the monument is another reason to visit. During the 15th and 16th centuries, the Portuguese ships would depart from the port in this area to trade and explore around India and Asia. The monument was built to memorialize this “age of discovery” and the early navigators carved into it do an excellent job of this.