The capital of the Netherlands, Amsterdam, is known for its canals and narrow houses, its artistic heritage, and the numerous bike paths serving the city’s cyclists. The Rijksmuseum houses work by Rembrandt and Vermeer, and the Stedelijk is modern art. With the delightful restaurants, live music, and laid back bars, there’s always something to see and do in Amsterdam.

The Dutch national museum is home to a great collection of artworks and artefacts dedicated to the history and arts in Amsterdam. Located at the Museum Square in the Amsterdam South borough, close neighbours include the Van Gogh Museum, the Concertgebouw, and the Stedelijk Museum.

If you only have a short time here, be sure to check the Gallery of Honour and the 17th and 19th-century collections.

Located on a canal called the Prinsengracht, The Anne Frank House is dedicated to the Jewish wartime diarist Anne Frank.

Anne Frank and her family lived in the annex of the building for more than two years, where a specifically constructed bookcase concealed the entrance.

Visit the Anne Frank House to see Anne’s original diary, illustrations of the events that took place, and original objects belonging to those who were in hiding.

A museum dedicated to the works of Van Gogh in Amsterdam South is one of the most popular museums and contains the largest collection of Van Gogh artwork in the world.

Tickets are no longer sold at the museum so you will need to book them in advance. 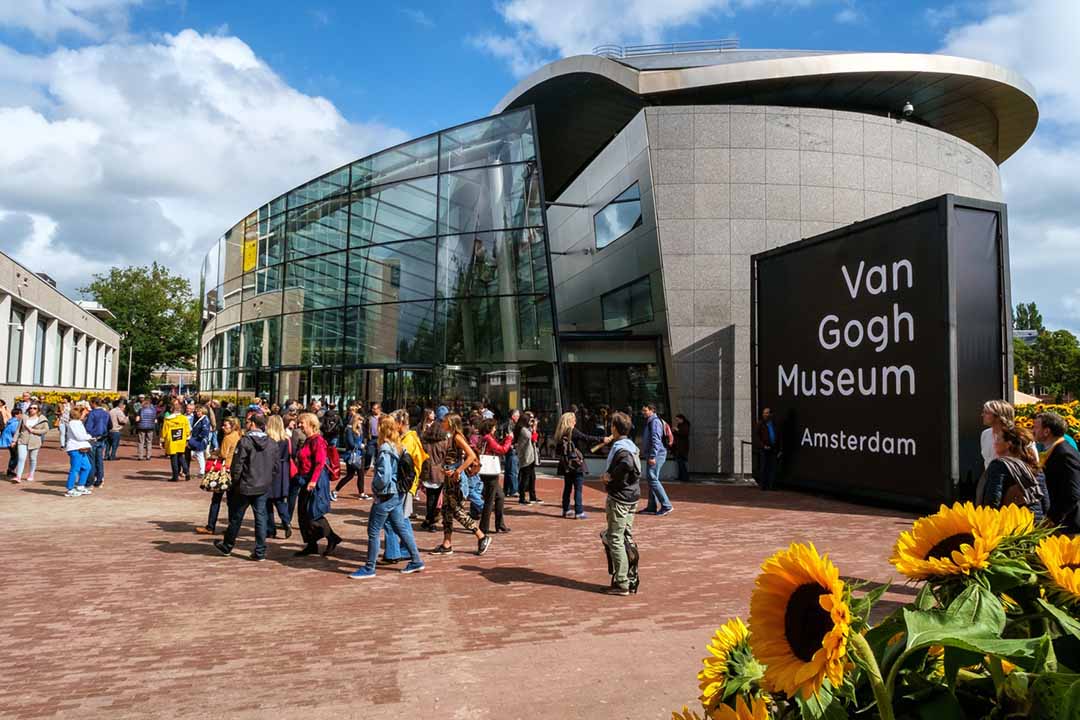 The Red Light District, or De Wallen in Dutch, is the oldest part of Amsterdam and a residential and entertainment area of the city. With over 200 windows divided over many alleys and streets, De Wallen is the biggest prostitution area in the Netherlands. It is an area made up of old historical buildings, some of which date back to the 16th and 17th centuries.

This area of the city is a very well controlled and generally safe place but as with any city or town, caution should still be taken when walking around.

Designed and built in 1850, Vondelpark is a place where local residents and visitors enjoy themselves all year round. Jogging, cycling, hiking, and picnics are just a few outdoor activities to enjoy in Amsterdam’s largest municipal park.

The open-air theatre has many different performances throughout the year, including festivals, stand-up comedy, children’s theatre, and classical concerts.

Designed by the same architect as the Rijksmuseum, Pierre Cuypers, the Centraal Station was completed in 1889 and is now used by over 200,000 people a day. Located in the heart of the city, the station is within easy walking distance of many of the city’s attractions.

If you’re arriving in Amsterdam at Centraal Station, the Tourist Board Office is outside the front of the building.

Built in the 17th century as the town hall, it wasn’t until 1808 when Louis Napoleon became the King of Holland and converted it to a Palace. The palace houses a collection of Empire furniture which is one of the most complete and best-preserved collections in the world.

The Palace is open most of the year for visitors to discover the rich interior and history of the building, and see 17 of the rooms, halls and galleries, as well as hand-painted ceilings and marble floors.

A cruise on the canals of Amsterdam is a must-do for any first-time visitors to the city. Reguliersgracht is probably the most tranquil canals, and the location of “Seven Bridges”, a sought after spot by photographers, and one that you’ll see on any canal cruise.

Take a canal boat tour early into your trip to get a great view and perspective of the city before roaming around on foot or bicycle. 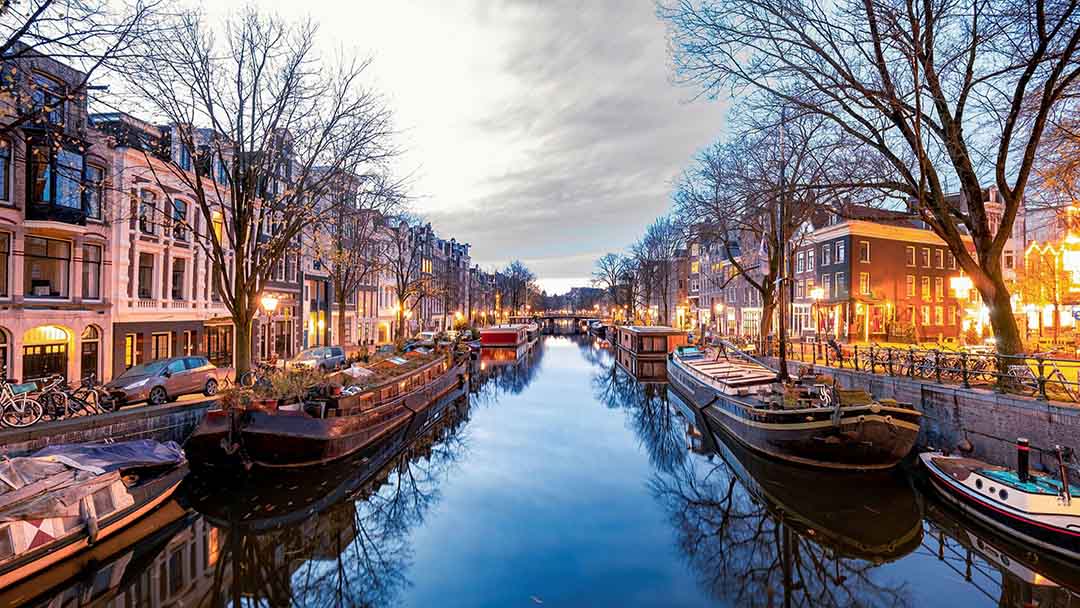