After Vasco de Gama’s return from his voyage to India, King Manuel’s wish to honour his success in the form of a monastery was granted and construction began in 1501, near the Tagus river in the parish of Belém, in the Lisbon Municipality of Portugal.

This monastery is a great example of a uniquely Portuguese architecture called Manueline, which is a combination of Gothic, early Renaissance, and Moorish styles. The south portal, with its pillars and statues, is especially breathtaking! 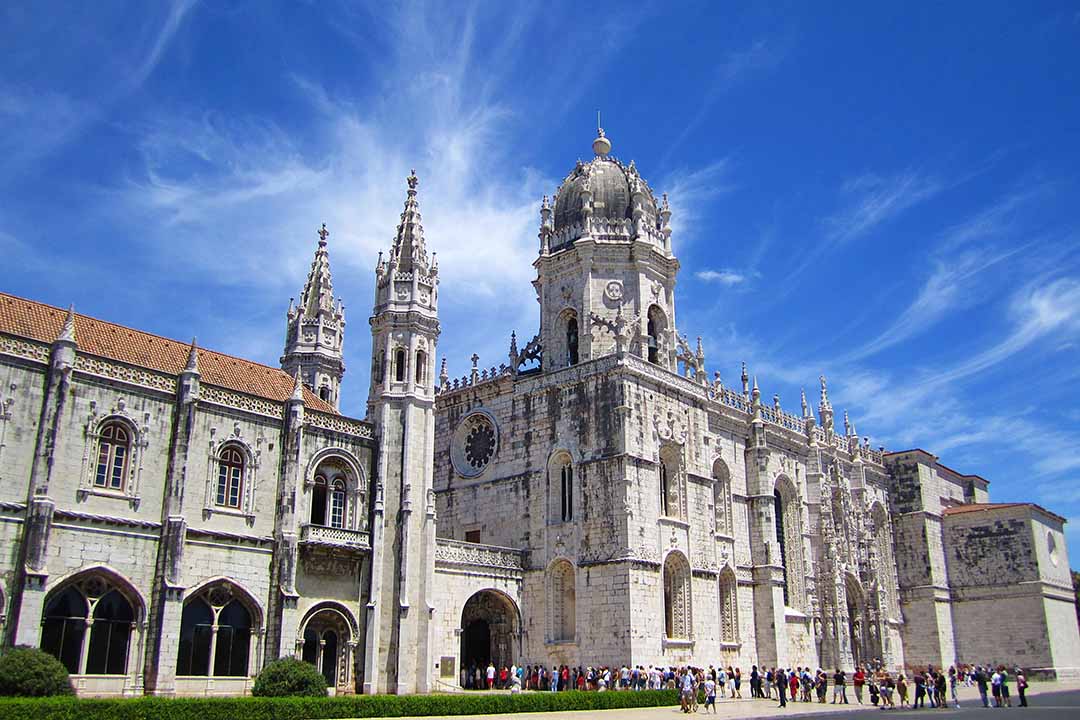