Berlin is a city that was once headquartered by the Nazis, divided into two. and staged a revolution, and that was just the 20th century. Today, Berlin is like a never-ending fascinating history book wherever you turn.

The city is not only steeped in history but also a party paradise and cultural trendsetter. Whether you want a laid-back trip through a multicultural metropolis, want to party through the entire weekend, or learn about the many historical sights, Berlin has it all. 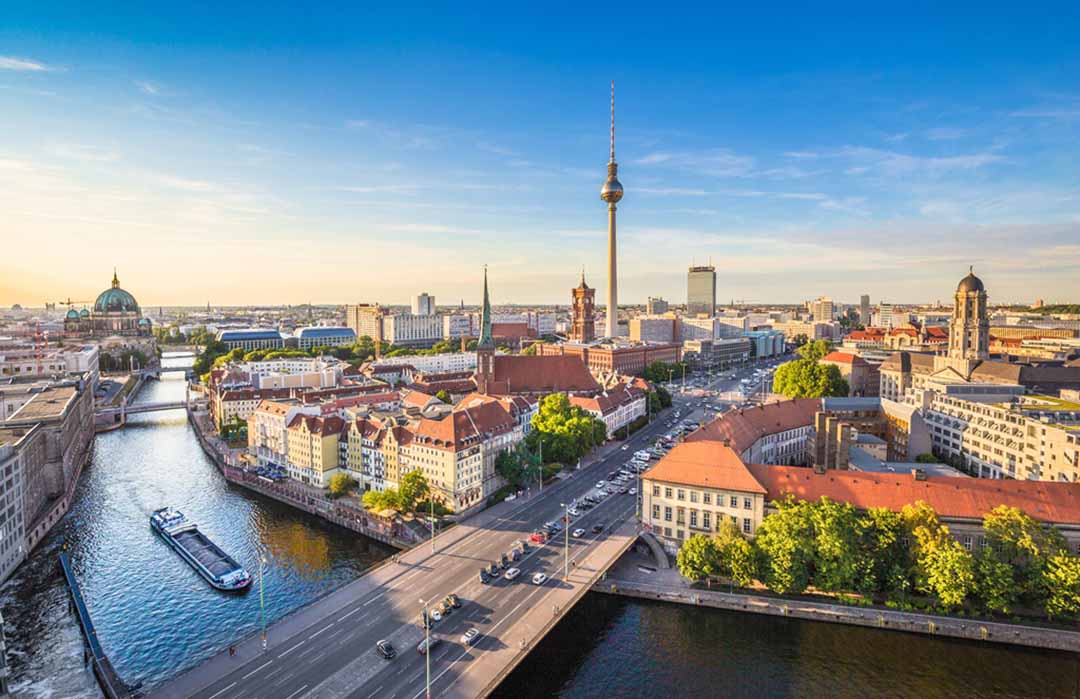 The main entrance to the city, where visitors flock to experience the gateway to the city for themselves, and one of the earliest examples of a neo-classical building in Germany. With over 200 years of history, it previously drew visitors who used to climb an observation platform to get a glimpse of the other side, past the “death strip“, which separated East and West Berlin. The Gate was officially opened to traffic on 22nd December 1989 and over 100,000 people joined to celebrate the occasion. During WWII, the Brandenburg Gate was damaged by allied bombing, but not destroyed, and today has reinvented itself into New Berlin’s symbol of unity.

One of the most distinguishing features of this building, which has previously been bombed and burned, rebuilt, strengthened by the Wall, and wrapped in fabric, is the glass dome offering 360-degree views of the city. As the current home of the German parliament, thousands of visitors flock here every year to visit the building originally designed by Paul Wallot and modelled after the Memorial Hall in Philadelphia. Visitors can also see the carefully preserved Cyrillic graffiti left by Soviet soldiers after the siege of the Reichstag in 1945.

Book your free tickets in advance online, or try for a limited number (only 100 each evening) of available tickets to the Visitors Centre on the day.

Between 1961 and 1989, the Berlin Wall was a 155km (96 miles) concrete barrier that divided Berlin, cutting off East Berlin from West Berlin.

The “death strip” was the land between the two main barriers of the wall where guards in watchtowers constantly watched for people trying to escape and could shoot anyone who tried.

Learn about Berlin’s fascinating history by exploring the Berlin Wall Memorial. The site contains the last piece of the Berlin Wall and visitors will get to enjoy guided tours of the open-air exhibition, the Chapel of Reconciliation, as well as the Ghost Stations Exhibition.

This historical landmark stands as a reminder of the best-known border crossing during the time of the Cold War. Today it is one of Berlin’s primary tourist attractions. Make sure to check out the Haus am Checkpoint Charlie Museum where you will discover the best documentation of several well-known escape attempts from the East to the West. Here you will also learn about how the checkpoint was expanded, as well as its significance during the Cold War. You can even have your photographs taken with actors dressed as allied military policemen for free.

Holocaust Memorial (Memorial to the Murdered Jews of Europe)

Serving as a central place to commemorate the people of the Holocaust, tourists flock to the memorial every year. Make sure to visit the underground information centre where you will learn about the victims and the different places of horror. You can also view the historical film, photo documentation and interviews with the survivors to gain a deeper understanding of what exactly happened during the Holocaust. 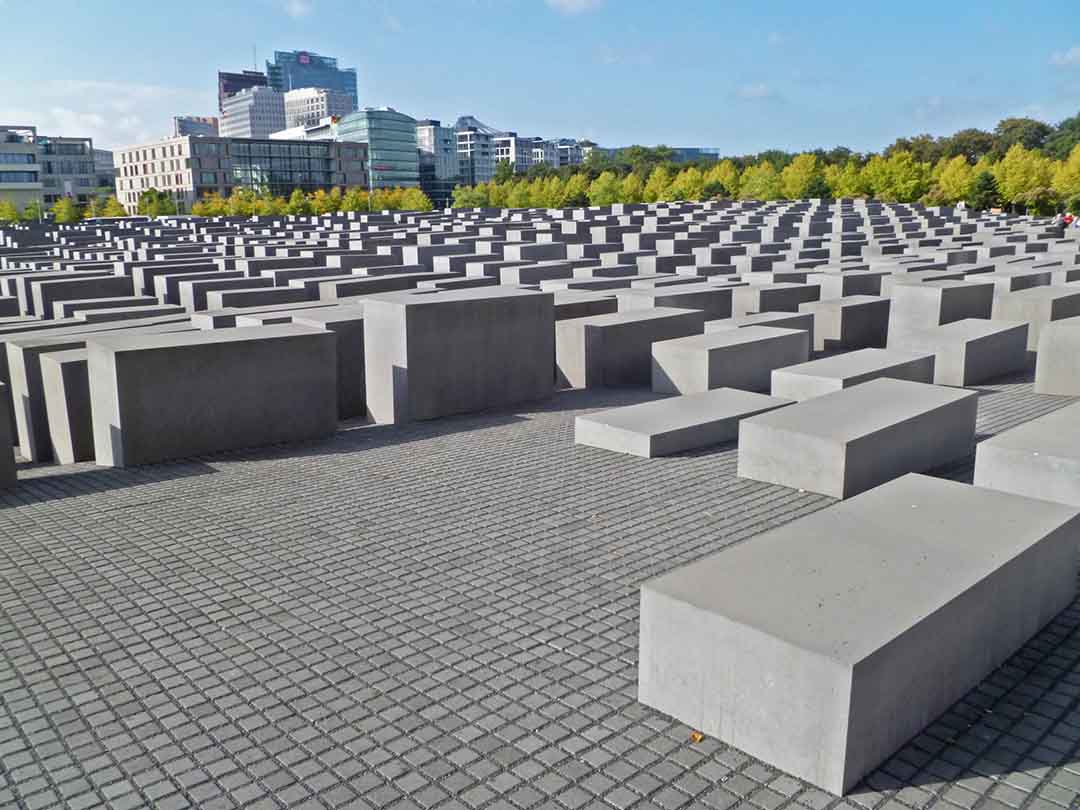 While in Berlin, there is no better way to see the city at a glance than on the Berlin TV Tower. The tower is 207 meters high and while you are on the top, you will get to see a breathtakingly beautiful 360-degree view of the city. The TV Tower attracts about 1.2 million tourists each year so this is definitely an attraction that you should not miss.

Located on the northern tip of Spree Island, this magnificent work of art involves five extraordinary museums gathered in a one-of-a-kind ensemble. The Pergamon Museum has about one million visitors each year and holds exquisite permanent exhibits. The Bode-Museum houses Byzantine Art and Numismatic collections. The Neues Museum features an amazing showpiece of the bust of Nefertiti. The Alte Nationalgalerie features works of Classicism, Romanticism, Impressionism and early Modernism. Lastly, the Altes Museum’s permanent exhibition presents Greek and Roman art sculptures. The Museum Island is the best place to visit for art and culture enthusiasts all over the world.

This is one of the hippest and most happening places in the capital city of Germany. Enjoy several hours of fun and entertainment at the Superlative Cinema, treat your family to a lovely fine dining experience at some of their fantastic restaurants, or go shopping at the Paradise in Berlin-Mitte.

Berlin’s most elegant boulevard was originally a bridle path that led from the city palace all the way to Charlottenburg Palace. Along Unter den Linden, tourists can explore wonderful attractions like the Humboldt University, the State Opera, the Neue Wache memorial as well as the Zeughaus Armoury.

A must-visit when you are in Berlin, Charlottenburg Palace is the largest and most beautiful palace in the city. Built as a summer residence for Sophie Charlotte, the first queen of Prussia, the palace contains interiors with different architectural styles ranging from gorgeous baroque rooms to more modern and contemporary styles. Make sure to visit the famous palace gardens with their world-renowned collections of KPM porcelain. 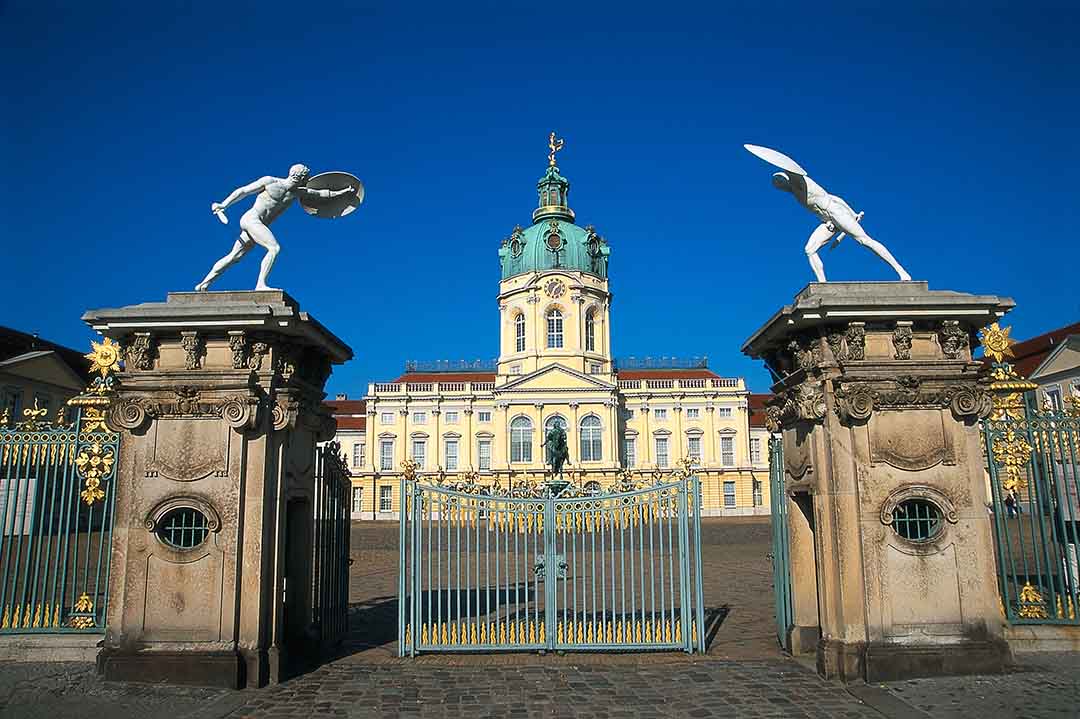