Stockholm, Sweden, is heralded as one of the most beautiful cities in the world with its mix of old-world charm and modern attractions.

This picturesque city is a mix of the fourteen islands connected by some of the most scenic bridges overlooking the Baltic Sea. This cosmopolitan city will captivate you with classic architecture and modern structures.

When you visit Stockholm, the largest Scandinavian city, these are some of the best attractions you can visit. 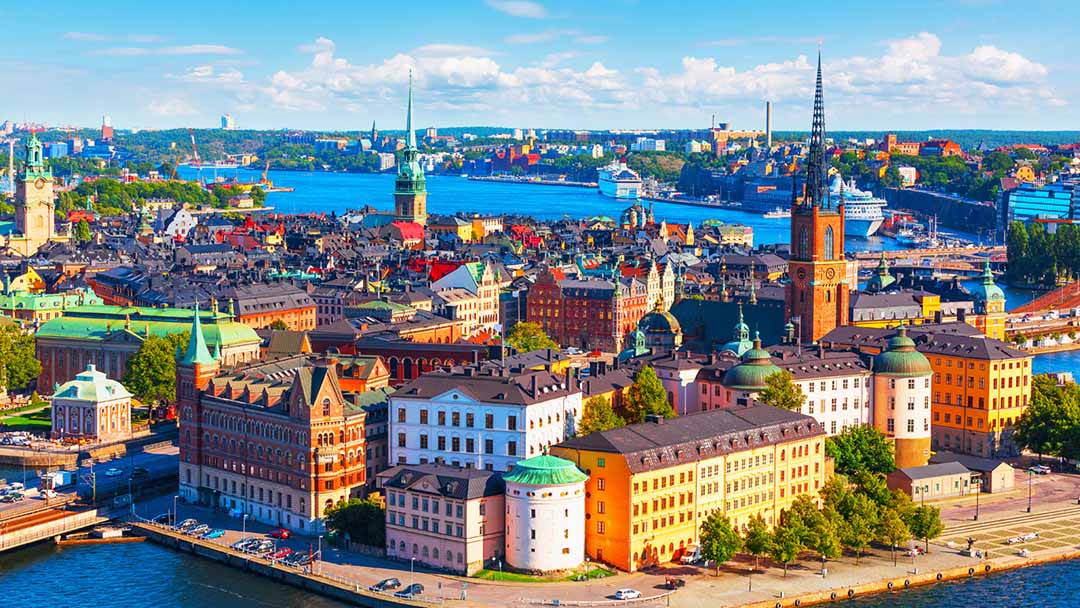 Located on the island of Djurgården, the Vasa Museum displays the only (almost) fully intact 17th-century ship that was ever been salvaged.

The warship sank on her maiden voyage in 1628 after just 1.3km and toppled over onto its side by a light gust of wind.

The Vasa is the most visited museum in Scandinavia and contains many exhibits related to the archaeological finds of the greatest 17th-century ships.

The Stockholm Palace, the Royal Palace, or Kungliga slottet in Swedish, is the official residence of His Majesty the King of Sweden.

A UNESCO World Heritage site, this Italian Baroque-style palace was built during the 18th century and is one of the largest in Europe with over 600 rooms, chapels, stables, and museums. 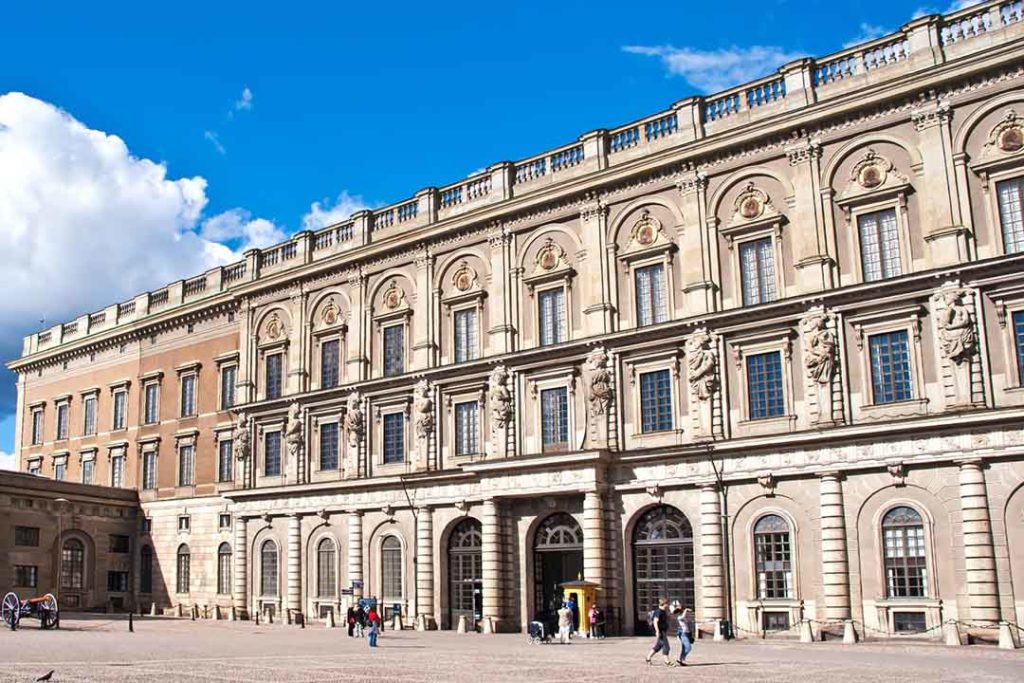 The City Hall is the venue of the Nobel Prize banquet every December and stands on the eastern tip of Kungsholmen island.

Featuring its spire with the Golden Three Crowns and art nouveau architecture, it is one of the most famous silhouettes in Stockholm.

The City Hall was built between 1911-1923 and is regarded as the country’s leading example of national romanticism in architecture.

Gamla Stan is a favourite among tourists, as one of the largest and oldest preserved medieval city centres in Europe. Its old meets new surroundings have many cafes and restaurants, tourist shops, museums and galleries in its compact half a mile heart of the city.

Be sure to check out the Den Glydene Freden restaurant for some classic Swedish cooking in a medieval basement in the Old Town. The legend says that many Nobel prizes have been decided here, as the Swedish Academy own the restaurant.

The Moderna Museet is a state museum for contemporary and modern art, featuring works by artists including Dali, Matisse, Picasso, and Derkert.

General admission to this museum is free and only takes admission to the many temporary exhibitions on display throughout the year. If you manage to get around the 6,000 paintings and 25,000 graphical prints, head over to the gastronomic restaurant for some food.

The Swedish Museum of Photography is regarded as one of the world’s premier photography venues. You can enjoy one of the best views over the city from the top floor, and also enjoy the restaurant which serves organic and sustainably produced cuisine.

With a huge increase in visitors over the years, this international meeting place has four major exhibitions a year and is the host to live and club music. 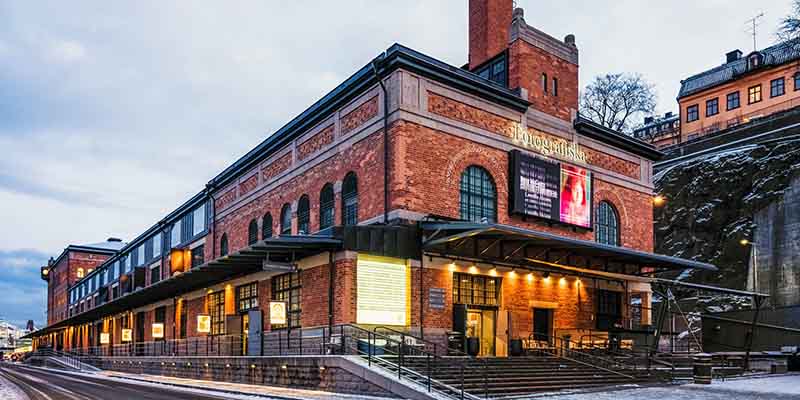 The best way to discover Stockholm is from the water, and probably the most scenic way of getting to know the Swedish capital. You can hop on and hop off the boat as you visit the 14 islands connected by 57 bridges, passing the historical buildings and archipelago scenery as you go.

Visit Stromma to choose the perfect tour of Stockholm from the water.

Between Easter and the end of summer, every weekend is the home to a flea market of vintage clothing and local handicrafts, as well as a big selection of food trucks serving burritos, sandwiches, curries, crêpes, and more!

Grab some food and sit on the platforms overlooking the water and watch the local bands set up for their next gig. An ideal spot to sit and enjoy the summer weather.

This museum is a perfect family outing and features the oldest open-air museum in the world as well as the Stockholm Zoo. A favourite among locals and visitors, the zoo features animals native to Scandinavia, two aquariums, and a children’s petting zoo.

Located on Royal Djurgården, Skansen offers views all over Stockholm and celebrates traditions such as Lucia, Walpurgis Night, and Midsummer.

This tranquil oasis in the centre of Stockholm is home to historical monuments, galleries, yacht harbours, and museums. Loved by Stockholmers and visitors, many of the popular attractions and museums can be found here.

The 20-minute walk between the Djurgårdsbron bridge to the Royal Dramatic Theatre along Djurgårdsbron is one of the most popular and scenic walks. 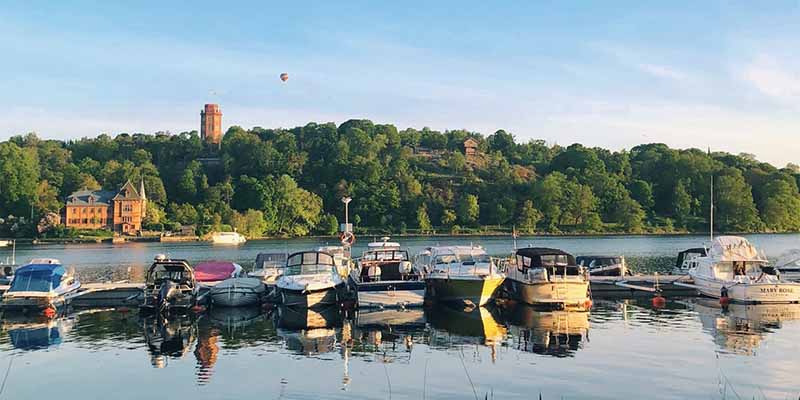