Paris is known as the City of Love due to the romantic atmosphere it emanates.

A major city in northern France, Paris is a global leader in fashion, culture, art, and gastronomy, and it’s clear to see with the cathedrals, the cafe culture, and designer boutiques lining the Rue du Faubourg Saint-Honoré.

Visit Paris and experience the world-famous French cuisines and countless landmarks and attractions the city has to offer. 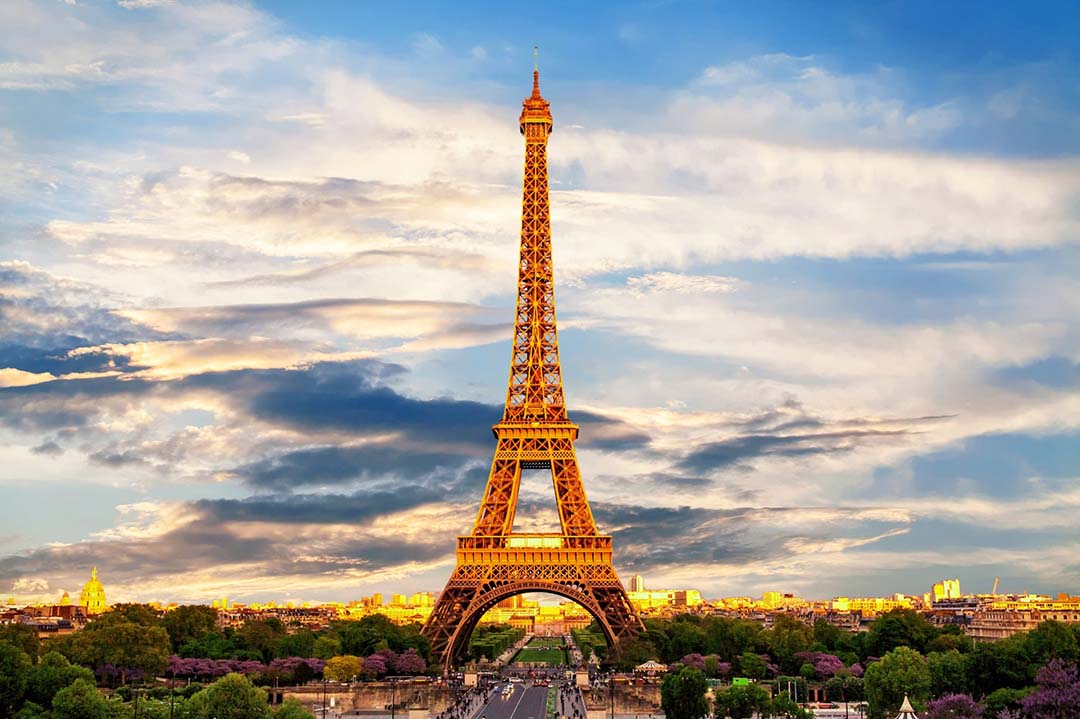 The most popular attraction in Paris is the Eiffel Tower, or La Tour Eiffel, and is one of the world’s most recognised landmarks. The tower is named after Gustave Eiffel, an engineer whose company designed and built the tower in 1887.

Standing at 330m to the tip, almost 7 million visitors per year come to see this iconic structure, some of which climb the 1,665 steps to the top. Others simply take the elevator!

Inside the tower, there are many fun and exciting things that you can do. On the first floor, you can see an exhibit of the tower’s history through photographs, films and other interactive displays. On the second floor, you can find the best spots for taking photos of scenic Paris views.

In the evening, the tower sparkles and glows in a beautiful golden light, making it even more breathtaking.

The Louvre, which welcomes nearly 10 million visitors each year, is the world’s most visited museum and home to some of the most exquisite and unique art collections in the world.

Housing the best-known works of art, including the Venus de Milo and the Mona Lisa, the Louvre holds 35,000 pieces.

During your visit, you can also learn more about art by joining their lectures and symposia, you can watch films on archaeology and art history and even watch exciting live performances.

The Notre-Dame Cathedral (meaning ‘Our Lady of Paris’ in French) is a 13th-century gothic cathedral located in the 4th arrondissement of Paris and considered to be one of the finest examples of French Gothic architecture.

One of the city’s most iconic structures, the cathedral is a true testament to the city’s history and religious devotion. You will be able to see the gargoyles and the Chimera built way back in the 19th century as well as the archaeological crypt featuring elements from successive building constructions throughout the years.

The cathedral suffered a devasting fire on 15th April 2019 which destroyed much of the roof and the spire. It is currently closed to the public until further notice and is set to reopen in 2024. 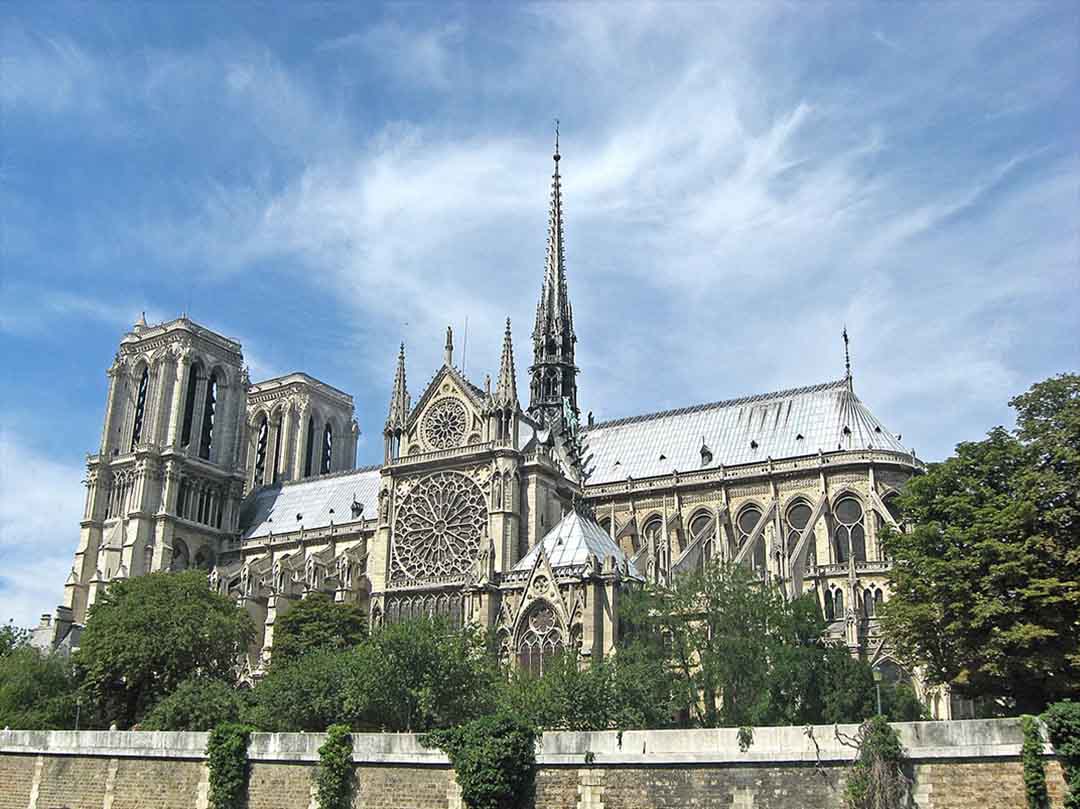 Basilica of the Sacred Heart

Since the beginning of time, the Montmartre, or the Mount Of Martyrs has been a sacred place of worship. Today it continues to be a shrine of prayer and a place where devotees from all over the world flock every year. You can join the Crypt of the Martyrium tour to see the Pieta Chapel, the tombs of Cardinals Guibert and Richard, and a beautiful bronze statue of Christ. You can also go all the way up to The Dome to see a splendid view of the city. Just make sure that you are ready to climb 300 steps as there are no lifts to get to the top.

Standing tall and proud as the strongest symbol of France as a nation, the Arc de Triomphe was built between 1806 and 1836. It has become the city’s most celebrated site for many of its major national events. Climb all the way up to the Arc’s viewing terrace and gaze at the beautiful sight below you. This is the best way for you to admire the city’s urban geometry and one of the best spots to take a souvenir photo of the beauty of Paris.

Situated between the Tuileries and the Champs-Elysees, the eight-hectare Place de la Concorde is the city’s largest square. Make sure to take a photo with each of the statues and fountains, all of which represent a French city. Here you can join the Paris Walking Tour, where you will learn everything that you need to know about the city’s rich and colourful history.

For 30 years now, the Versailles Palace has been on UNESCO’s World Heritage List. Three French Kings have lived here throughout the French revolution and today it remains to be a symbol of royalty and a true epitome of classical French Art. To make the most out of your visit, you need to purchase The Passport, which will give you complete access to all the palace’s tours including the grounds, the Trianon palaces as well as Marie Antoinette’s Estate, plus passes to the Musical Fountain Show and the Musical Gardens. 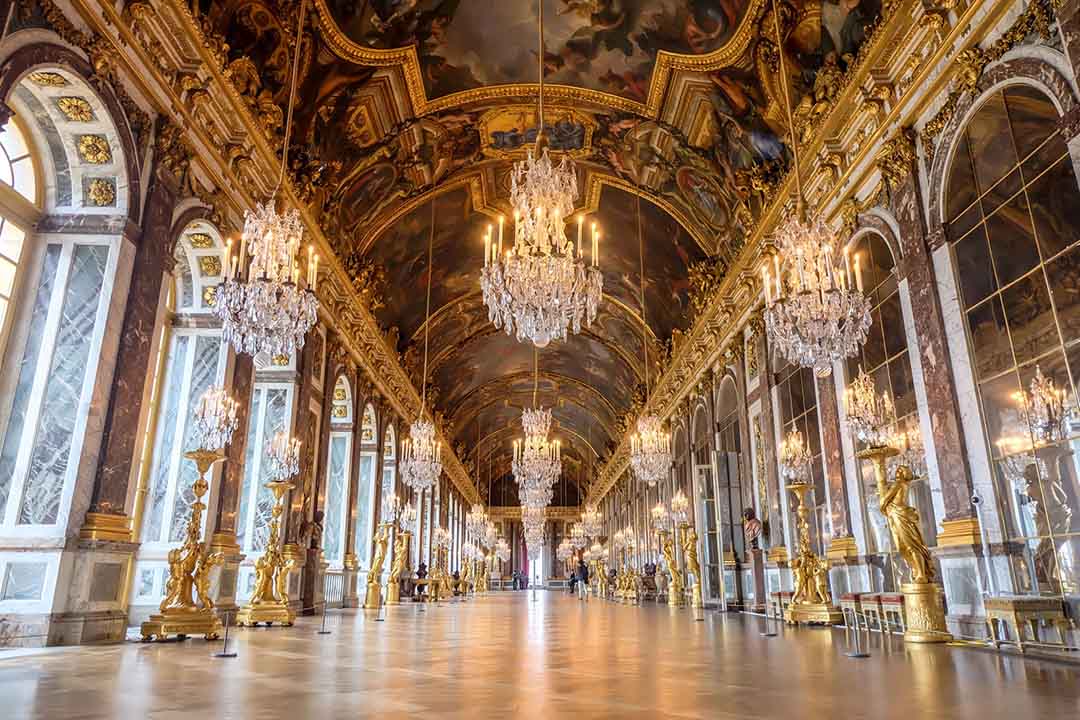 Home to some of the world’s most impressive permanent collections, Musee d’Orsay is one of the world’s richest museums visited by thousands of tourists each year. Here you can stand in awe in front of the greatest works of early and modern impressionist artists like Van Gogh, Monet, Degas, Matisse and Rodin. While you are here, make sure to check out the museum’s lectures and symposia for a deeper understanding of art and its history. You can also watch shows and concerts to make the most out of your visit.

Originally owned by the Duke of Luxembourg, the Jardin du Luxembourg is a popular attraction both to locals and tourists alike. While you are here, make sure that you take your children to the octagonal pond in the middle of the park called the Grand Bassin where you can rent small boats for them. Your kids can enjoy the pony rides around the park, the merry-go-round, as well as exciting puppet shows. If you simply want to relax and unwind with a good book, then you can simply find a nice shaded spot to sit and while the hours away.

President Georges Pompidou, the country’s leader from 1969 to 1974, wanted to construct a cultural centre in Paris that would attract visitors from all over the world. It was in the 1970s when two architects Renzo Piano and Richard Rogers built the most architecturally unique museum of our time, now known as Centre Georges Pompidou. Visit the museum with a guided commentary by a lecturer for a better understanding of each exhibit. You can also let your kids participate in workshops and activities designed for children and teenagers.